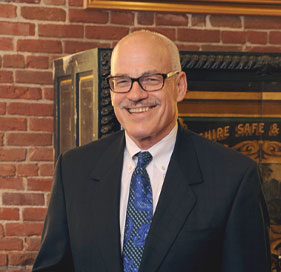 Mr. Levinson is a graduate of University of California, Berkeley ('77, B.A., Political Science) and San Joaquin College of Law ('91, J.D.). He is a member of the Kings County Bar Association, American Bar Association, the State Bar of California. He joined Griswold, LaSalle, Cobb, Dowd & Gin, LLP in 1993. Mr. Levinson has been the owner of Heritage Realtors and Property Management, a local company since 2011 and has also served the West Hills Community College Board of Trustees for 35 years. He has been awarded the highest personal rating of "AV" by Martindale-Hubbell for the past 6 years.