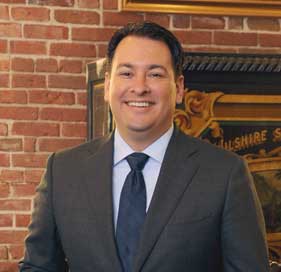 Mr. Zamora is a graduate of Lindsay High School ('98), California State University, Northridge ('04, B.A., Economics), California Attorney General Summer Honors Program ('07, Criminal Division), and Pacific McGeorge School of Law ('08, J.D.). He was selected to the Class of 2012 Top 40 Under 40 by Business Street Online, the 2013 Professional of the Year by the Professional Latin American Association, and a 2013 Rising Leader of Los Angeles. He has received Client Distinction Awards from Martindale-Hubbell and honored from 2016 to 2022 by Super Lawyers.

Mario and his team represent the Cities of Tulare, Hanford, Coalinga, Woodlake, and Lindsay in all aspects including litigation, human resources/labor negotiations, and city governance such as Public Records Act and Brown Act compliance.